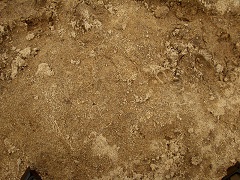 Have you ever stopped to think about what is happening just below your feet under the soil?  The soil is teeming with life, literally.  Each tablespoon of soil contains billions of microorganisms—bacteria, fungi and other microorganisms.

Microbiologically Influenced Corrosion (MIC) refers to corrosion that is influenced by the presence and activities of microorganisms and/or their metabolites (the byproducts of their metabolism).  Below the soil, bacteria, fungi and other organisms can play a major role in soil corrosion—for example, some anaerobic bacteria produce highly corrosive species as a part of their metabolism.  Similarly, aerobic bacteria produce corrosive mineral acids and fungi organic acids.

MIC is a serious concern for many industries.  According to the National Association of Corrosion Engineers (NACE International) based in Houston, TX spectacularly rapid corrosion failures have been observed in soil due to microbial action and it is becoming increasingly apparent that most metallic alloys are susceptible to some form of MIC.

You may be asking yourself what is soil corrosion?  Soil corrosion is a complex phenomenon, with a wide range of variables at play—soil pH, soil type, soil resistivity, microorganism species composition and diversity, dissolved salts,  hydrology, redox potential, chlorate levels, sulfate levels, and mineral composition of the soil—to list some.  Like other forms of corrosion, it is a process that deteriorates substances, typically metal, or its properties because of its reaction with its environment.

The soil corrosion phenomenon is not fully understood largely due to the number of chemical reactions and ecosystem processes that occur in the soil involving the many existing variables.  Parallel to these ongoing chemical reactions are the dynamic changes of soil properties making this specific type of corrosion both elusive and detrimental to buried structures that are susceptible to corrosion. Fiber Reinforced Polymer (FRP) products such as pipe, duct, tank, and vessel can be formulated to be abrasion and corrosion resistant.  This is a huge advantage over metals and metal alloys that can be compromised and damaged by corrosion.

While corrosion as a naturally occurring phenomenon, and the science of corrosion prevention and control may be very complex, there are certain general rules or guidelines that have been formulated to help assist with determining possible outcomes for different types of corrosion. For example, all forms of corrosion with the exception of high-temperature corrosion occur through the action of the electrochemical cell.  To take it one step further, soils with high moisture content, high electrical conductivity, high acidity and high concentrations of dissolved salts will be most corrosive—generally speaking.  While these rules are helpful to decision makers and engineers, they do not solve the problem of corrosion below ground.

Soil corrosion is relevant to many industries.  Anytime you bury an object such as pipe, cable, vessels, or tank you are beginning a grand experiment with many different possible outcomes.  For example, the response of carbon steel to soil corrosion will depend on soil properties and other environmental factors; this will lead to different rates of deterioration or attack.  In some severe cases buried alloy vessels have been known to deteriorate in under one year while in arid desert regions metal objects may remain relatively unharmed.

While there are many questions that remain unanswered about soil corrosion, one thing remains clear—FRP is a material that has provided viable solutions to common corrosion problems.  FRP products have served a multitude of industries, the world over with a cost- effective durable alternative to conventional construction materials, such as metal alloys.

FRP products will withstand the harshest environments from wastewater management, chemical processing, and oil and gas.  Furthermore, FRP has performed exceptionally well below ground in a wide range of applications.  In design you really have two options: you can select a material that will lead you down the path of corrosion control management or you can choose an FRP product that is corrosion resistant and designed to meet you specific industry requirements and standards. 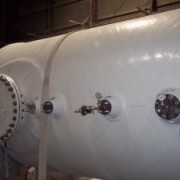 The Cost of Corrosion 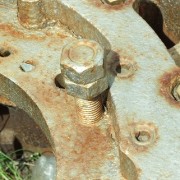 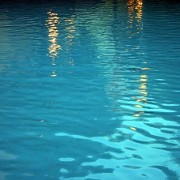 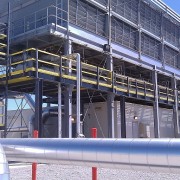 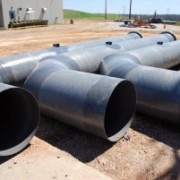