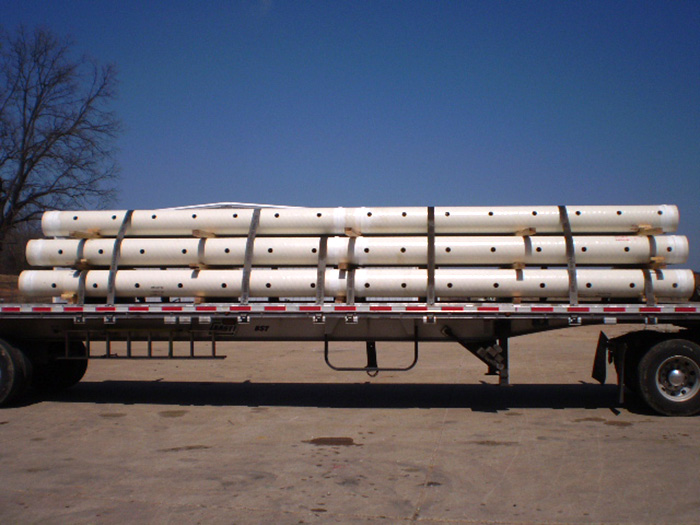 The relatively low modulus of elasticity of the fiberglass pipe is an advantage which should be considered in the design of a piping system. Since thermal forces are smaller, restraining equipment (guides, anchors, etc.) need not be as strong or heavy as for steel piping. There is some growth due to end load from pressure in the piping system; but experience has shown that this length change does not need to be considered in designing a fiberglass piping system. FRP composite piping systems can handle thermal shocks between maximum rated operating temperatures and -40°F, unless the pipe joints are mechanical joint style.

To determine the effects of expansion and contraction within a piping system, it is necessary to know:

Temperature changesfor contraction are calculated by subtracting the minimum design temperature from the installation temperature. Expansion and contractions of above ground fiberglass pipe may be handled by several different methods.

Guides, Expansion Loops, and Mechanical Expansion Joints are installed in straight pipelines which are anchored at both ends. The experience of users of FRP composite piping systems has shown that if directional changes cannot be used to accommodate thermal expansion and contraction, then the guide spacing design approach is usually the most economical method.

Operating experience with piping systems indicates that it is a good practice to anchor long straight pipe runs of above group piping at approximately 300-foot intervals. These anchors prevent pipe movement due to vibration, water hammer, etc.. Also, an anchor is used wherever a pipe size change occurs. When joining FRP composite piping to other piping systems, the adjoining system MUST be securely anchored to prevent the transfer of thermal end loads. 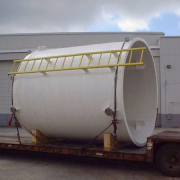 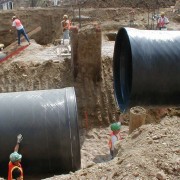 How to Properly Bury Fiberglass Piping 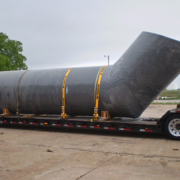 How to Properly Bury Fiberglass Piping
Scroll to top